We Supply, Install and commissioning of both conventional and addressable fire detection system

Conventional Lightning Rod (Spike Arrester) or lightning conductor is a metal rod or conductor mounted on top of a building and electrically connected to the ground through a wire or earthing copper strips, to protect the building in the event of a lightning strike. If lightning strikes the building, then according to laws of physics, it will preferentially strike the lightening protection rod and be conducted harmlessly to ground through the wire, instead of passing through the building, where it could start a fire or cause electrocution. 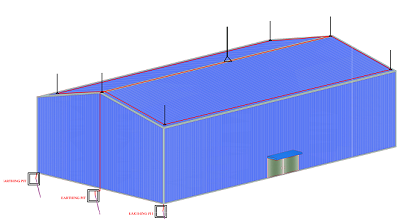 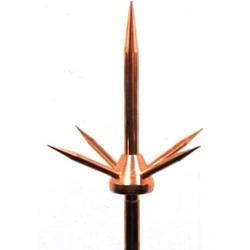